Phenomenal digital games are being made in Melbourne 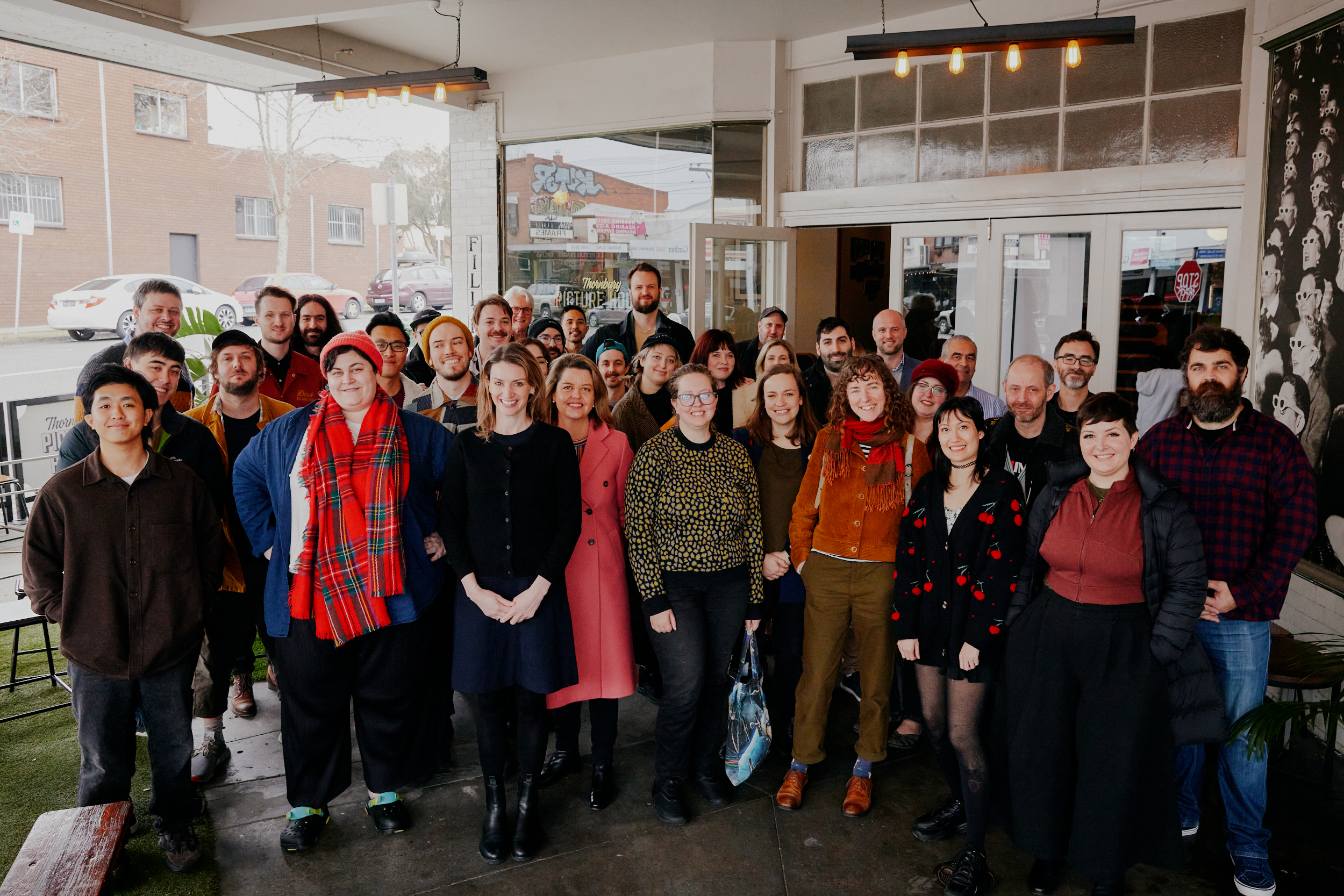 Ahead of Melbourne’s International Games Week in October, Victoria is continuing to prove why it’s the epicentre of Australia’s games industry, profiling an incredible slate of upcoming locally made digital games.

The developers and creatives from Cult of the Lamb, Future Folklore, Kinder World, Way to the Woods, Wayward Strand and Wood & Weather were on hand to present exclusively guided previews of their games.

All six games on show today have been backed by VicScreen through the Victorian Production Fund, which champions home-grown talent and premium content.

This event comes off a record year for the Victorian digital games industry, with VicScreen supported games injecting $9.7 million into the state economy – a whopping 46 per cent increase on the previous year.

The local industry continues to not only grow but thrive, with Victoria home to 57% of Australia’s games workforce and over 170 digital games studios.

Quote attributable to Minister for Creative Industries Steve Dimopoulous
“Through our $191.5 million VicScreen strategy we’re backing the growth of our digital games industry and positioning Victoria as a global hub for game development and innovation, alongside our strengths in film and TV.”

“We’re investing in the Victorian-made gems that nurture our local talent and create future-focused jobs, while showcasing our cutting-edge digital gaming sector to audiences across the world.”

“The extraordinary games on show today demonstrate the exceptional home-grown talent and content being made in Victoria. The digital games industry is growing exponentially, and we are championing that by backing local IP and career development.”

“Early funding from VicScreen helped secure a quality level that would take us to the next level when pitching, resulting in a deal with our dream publisher and a significant development budget.”

Applications for the Games Development Internship are open from 10 August to 8 September 2022. For more information about this and other VicScreen programs for the games industry, visit vicscreen.vic.gov.au

THE VICTORIAN GAMES THAT SHOULD BE ON YOUR RADAR

The following highly anticipated games are set to be released as early as 12 August to throughout next year:

Cult of the Lamb by Massive Monster

Set to release on 12 August, the indie games world is abuzz with anticipation. Backed by leading international games publisher, Devolver, Cult of the Lamb casts players in the role of a possessed lamb saved from annihilation by an ominous stranger and must repay their debt by building a loyal following in his name

Future Folklore has been marked as one to watch, it’s Australia’s first ever Aboriginal-led mobile game set in a fantasy world inspired by the Australian bush.

Female-led Melbourne Studio Lumi Interactive’s upcoming game, Kinder World is garnering attention around the globe having just received $9.76 million investment from a venture capital firm in Silicon Valley. Kinder World is a game of houseplants, healing and practicing kindness. Lumi Interactive are calling their genre ‘crowdhealing’ and is set to help people relax and unwind with their unique cosy style.

Way to the Woods by onepixel.dog

In 2019 E3 were captivated by the visuals for the spectacular Way to the Woods and soundtrack from Aivi & Surasshu, composers from animated American television series, Steven Universe. The game follows a deer and a fawn who must embark on a journey through an abandoned world of the unknown to get home. For the first time today, an exclusive demo was on show.

Wayward Strand will be the debut game for Melbourne-based creative, Ghost Pattern. Wayward Strand is a heartfelt story, told in a curious way aboard an airborne hospital. The cast are fully-voiced by beloved Australian actors, including The Castle’s Michael Caton and is matched with stunning visuals. The striking game is set to launch on September 15th 2022.

A silly god-game created as a playful lens for looking at the effects of climate change on a toy wooden reimagining of Melbourne. Paper House are paving the way for the industry by tracking their environmental toll and making an effort to reduce their impact.