A giant 900,000 litre (240,000 gallon) water tank is the centrepiece of a new super stage being built at Docklands Studios Melbourne.

Supported through a A$46 million (US$36 million) investment from the Victorian Government, Stage 6 will be one of the largest in the southern hemisphere at 3,700 sqm (40,000 sqft). 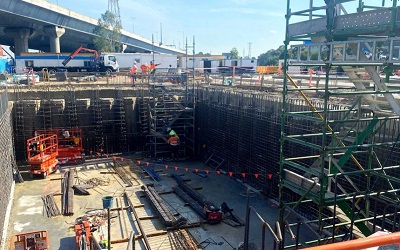 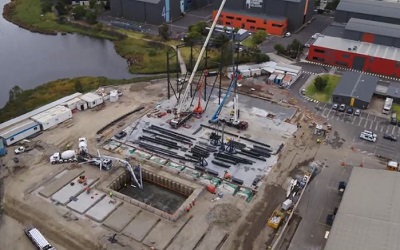 Construction of the super stage is well underway and due for completion in late 2021, expanding the total capacity at the facility by more than half.

Film Victoria CEO Caroline Pitcher said: “The world is already looking to Victoria as a screen entertainment partner – and a significantly larger studio complex will enable us host a greater range of projects at the same time.”

Recent international productions to film at the complex include AMC’s Preacher, Netflix’ Clickbait and Paramount’s Shantaram, while the Liam Neeson thriller Blacklight recently wrapped in Melbourne.

Victoria is a hive of production activity with screen productions shooting under COVIDSafe protocols across the state, including Werner Film Productions’ Surviving Summer for Netflix.