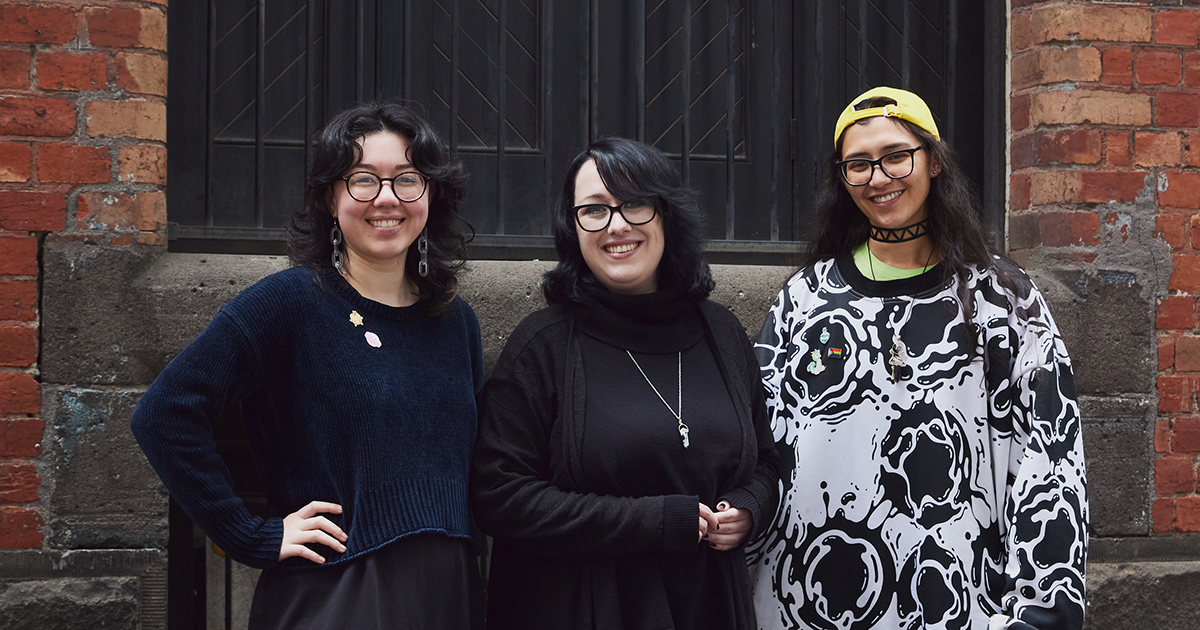 Chantel Eagle, Karly Taylor and Alissa Vovers outside their workplace at Summerfall Studios

In 2017, studio co-founders Liam Esler and David Gaider met up at a conference in San Francisco and hypothesised about what their dream game studio would look like. Their theories aligned; in fact, they were almost identical.

Together they set about establishing a studio with the kind of ethical framework they felt was lacking in the wider digital games sector, and with the philosophy of abolishing ‘crunch time’ they established Summerfall Studios.

“When David and I started to talk about building a studio together, one of the first things we decided was that we would put people over product,” Liam explains. “The idea that if you support the people making the game, the game is going to be better by natural consequence—you don't have to overwork people, you don't have to make them miserable in order to make something beautiful.” 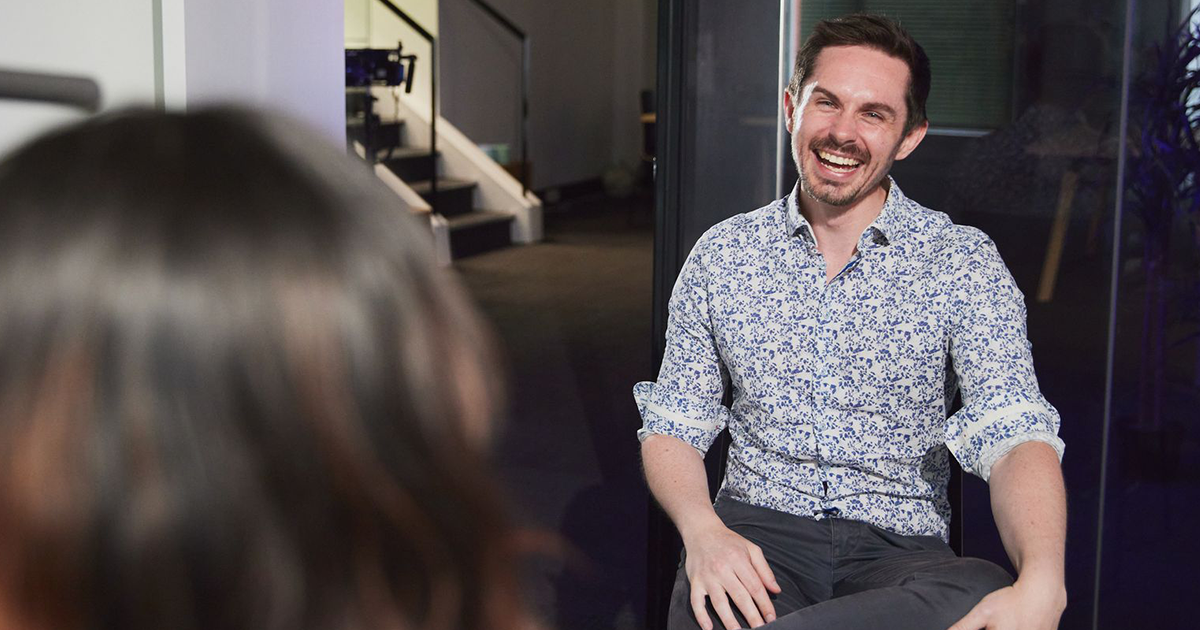 Fast-forward four years and Summerfall Studios employs 23 early to mid-career games practitioners and are on the homestretch to releasing their premiere work: a roleplaying musical game titled Stray Gods.

For Liam, making a narrative-driven, character game that revolves around music, as opposed to combat, has been a total joy. “We have these interactive musical numbers where the player can decide and make choices during the song. We have four and a half hours of music and a pretty stellar cast that we're very excited about.” 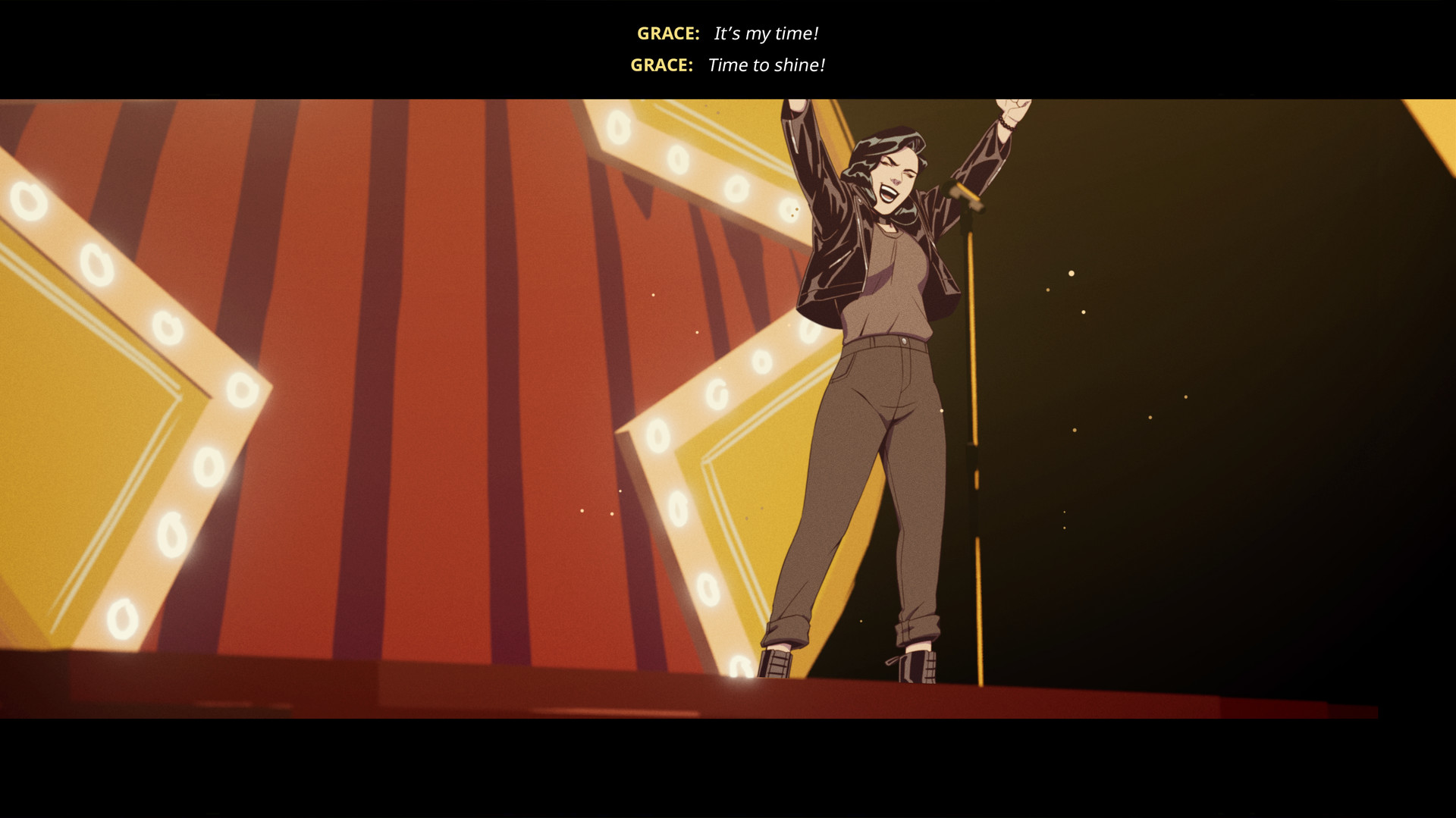 Delivering Stray Gods to gamers around the world has been a big priority for Liam and David, however, ensuring their studio is one that lifts games practitioners up has been a bigger one. “We realised late last year that we had this part of the production schedule where we had a couple of gaps, and we realised that we could bring in some juniors and give them the experience that they needed…because none of us got trained properly when we were coming up.” 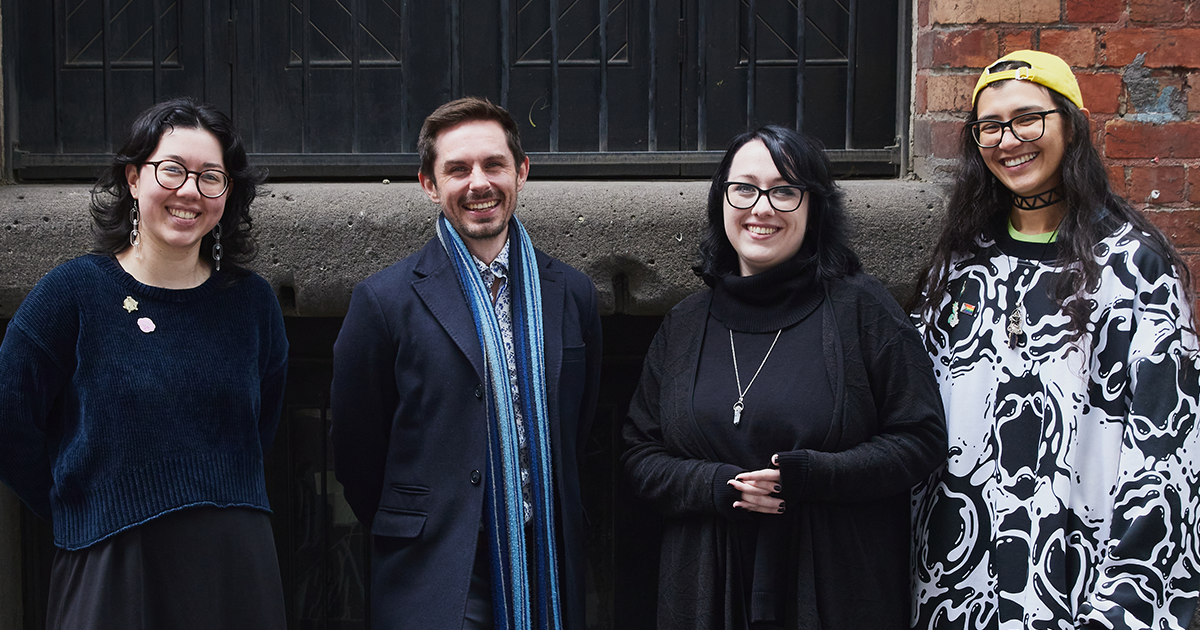 With support through VicScreen’s Specialist Placement program, Summerfall Studios engaged three junior game developers to help drive Stray Gods over the finish line. They are, Alissa Vovers (Junior Programmer), Karly Taylor (Junior Narrative Designer) and Chantel Eagle (Junior Producer). Together, Alissa, Chantel and Karly are working across the development of the game, from expanding the general lore and backstory of the Stray Gods universe, to bug fixes and controller support, to ensuring timelines and the production of a premium quality title. 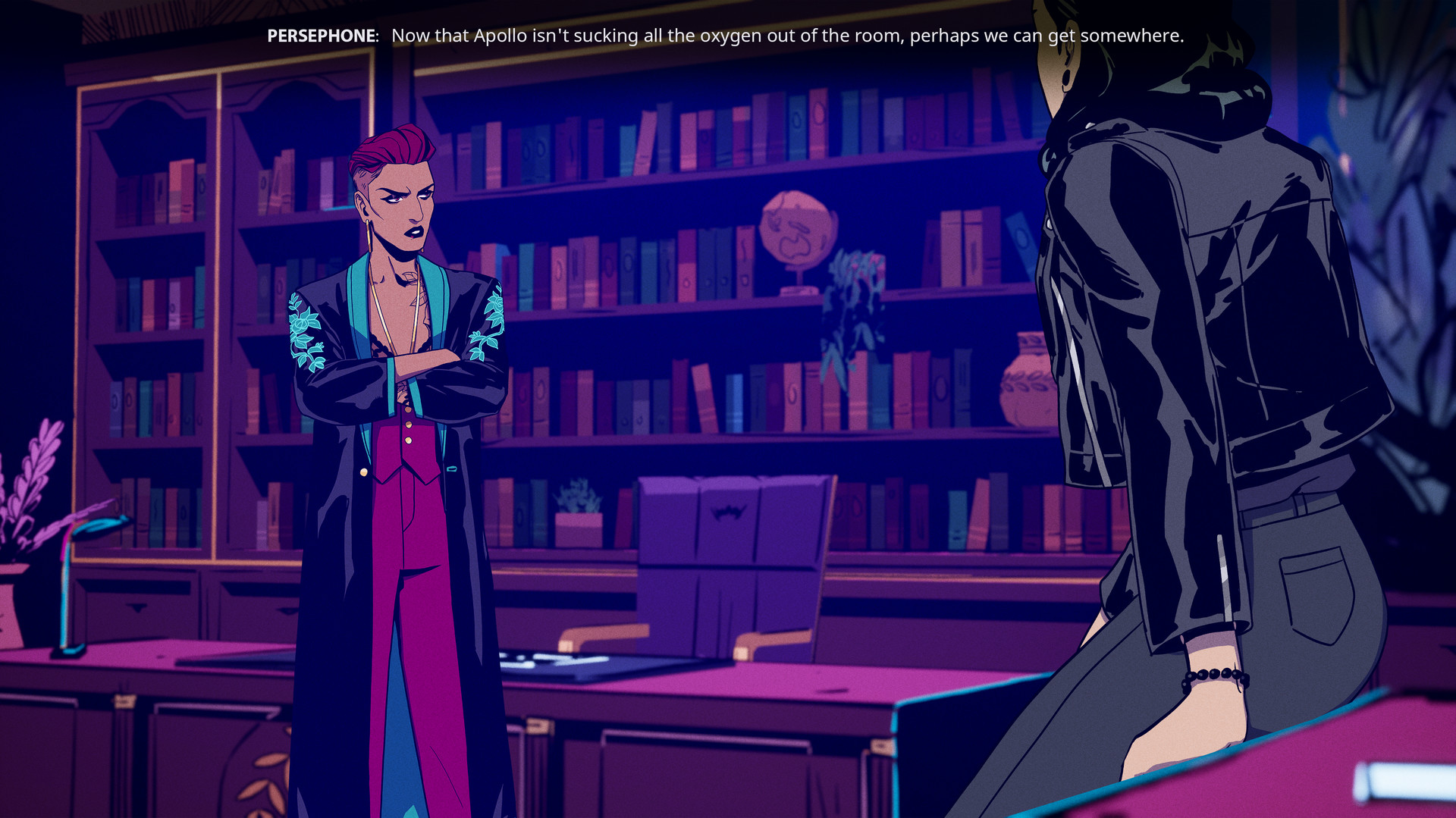 “There’s so much more to making a game than just writing a great story,” Karly said on her role as Junior Narrative Designer. “A lot of what a narrative designer does, focuses on the overall gameplay experience for the player, as well as looking at how the player can interact with and influence the story that’s being told in a way that’s fulfilling and engaging.” 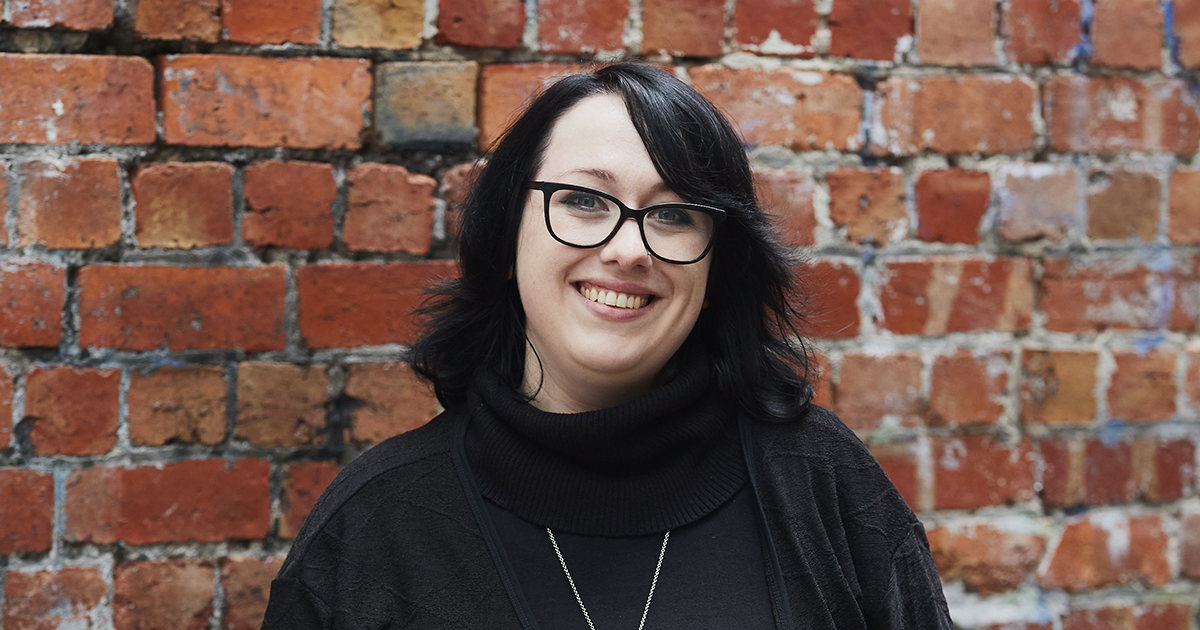 For Junior Programmer Alissa, working alongside Engineering Director, Troy Ferguson, has illuminated other areas of game making. “I get to do a lot of the tooling and bug fixes to do with the game play systems and other various mechanics of the game,” they explain. “A lot of what Alissa does provides support for the art department, narrative team, and production team. 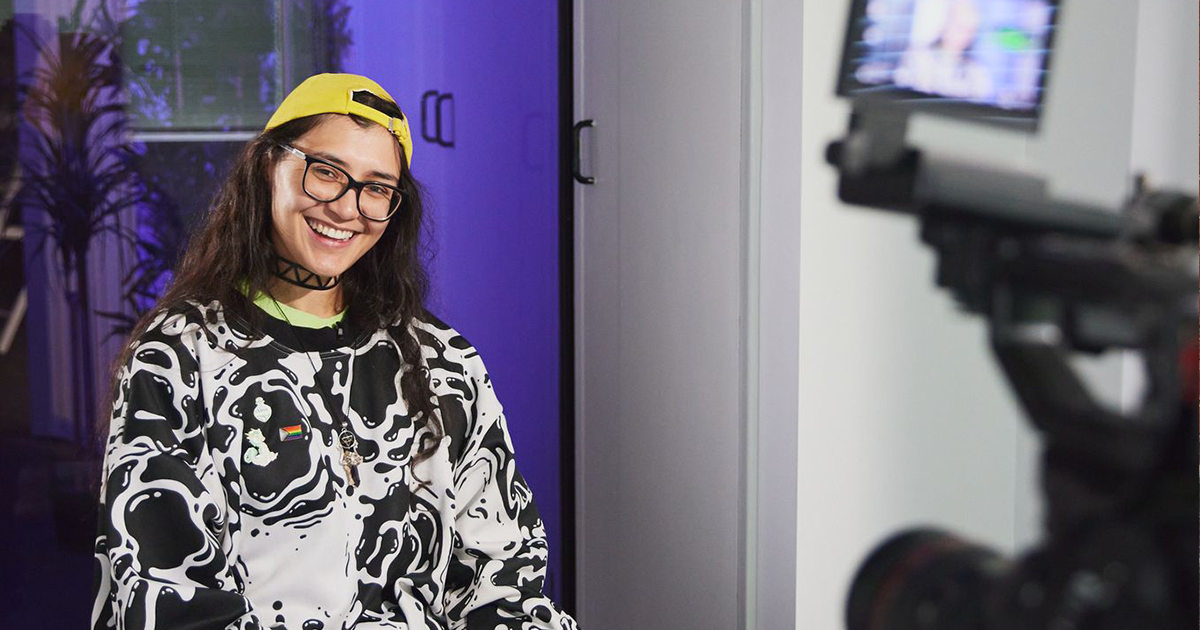 As a Junior Producer, Chantel is working alongside Studio Development Director, Elizabeth Blythe, learning how games are made on the backend, how to de-risk projects, and how to make sure assets get shipped without being of detriment to the team. 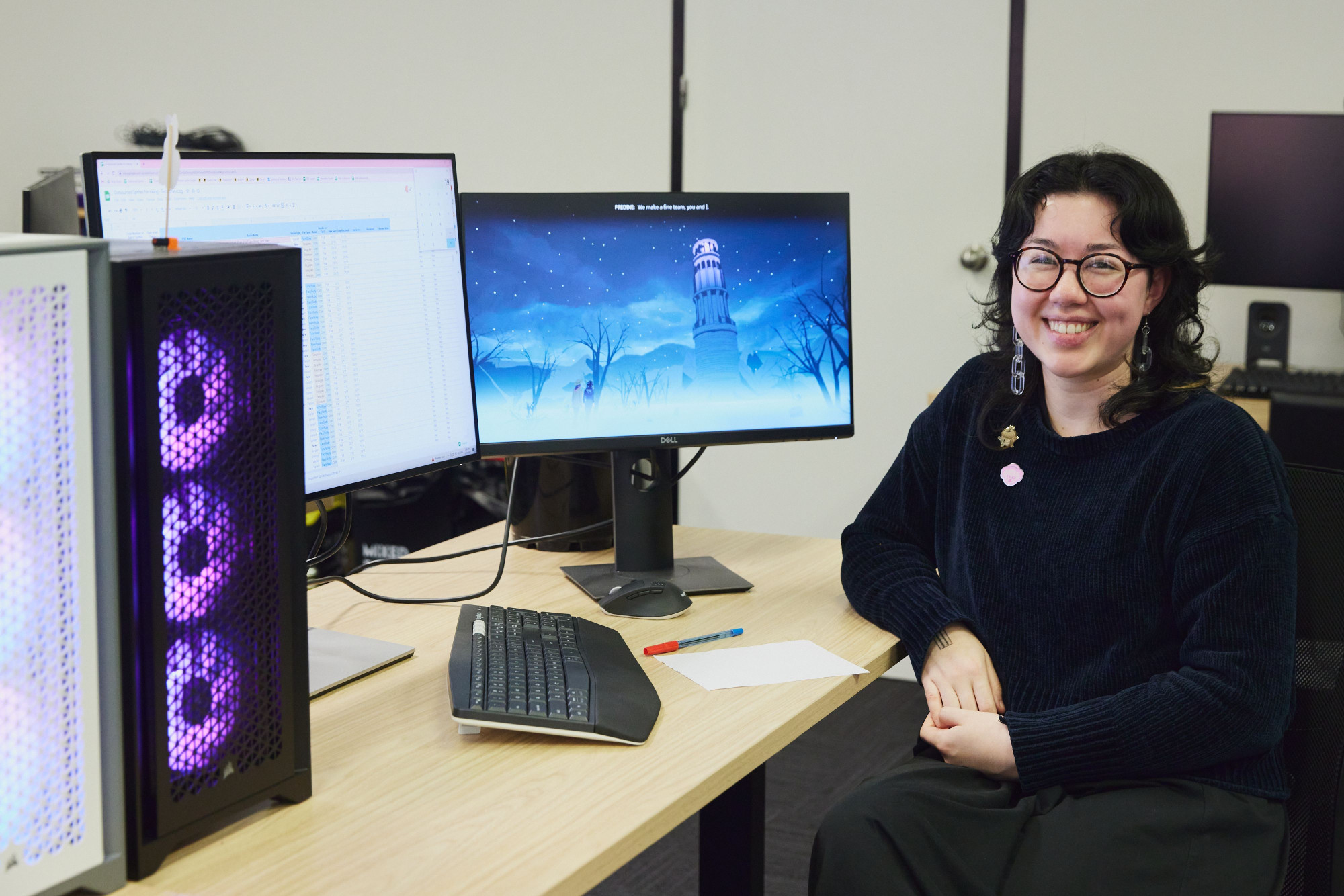 Chantel Eagle at her desk at Summerfall Studios

“I have to help the team meet deadlines,” Chantel explains. “I make sure that the milestones that we're working towards with our publishers are achievable…ensuring that the team is comfortably achieving our goals one step at a time. Anything that comes up that blocks the team or throws a spanner in the works, we take care of that, and we make sure that we can deliver a game that we're all proud of, that’s of a high quality.”

A huge part of Chantel’s role is ensuring that the finish line for the game is firmly in sight. “Because a game can easily go out of scope, you can always add more. But by doing that, you realise it extends the deadline, more budget is involved, more things could potentially go wrong. So, adhering to the schedule and keeping deadlines in sight is a crucial part of a producer’s role.”

At the end of the day, Alissa, Chantel, Karly and Liam, are motivated to make a game they’re proud to share with the world—as well as creating a game they want to play over and over again with family and friends. Having a really good time along the way is an added bonus.

“It’s so important to support emerging practitioners in the games industry,” Liam said, “particularly those from diverse, underrepresented backgrounds. This field is dominated by a very specific kind of person who is straight, white, and male. And if we want to change the face of the industry, we need to do that actively.” 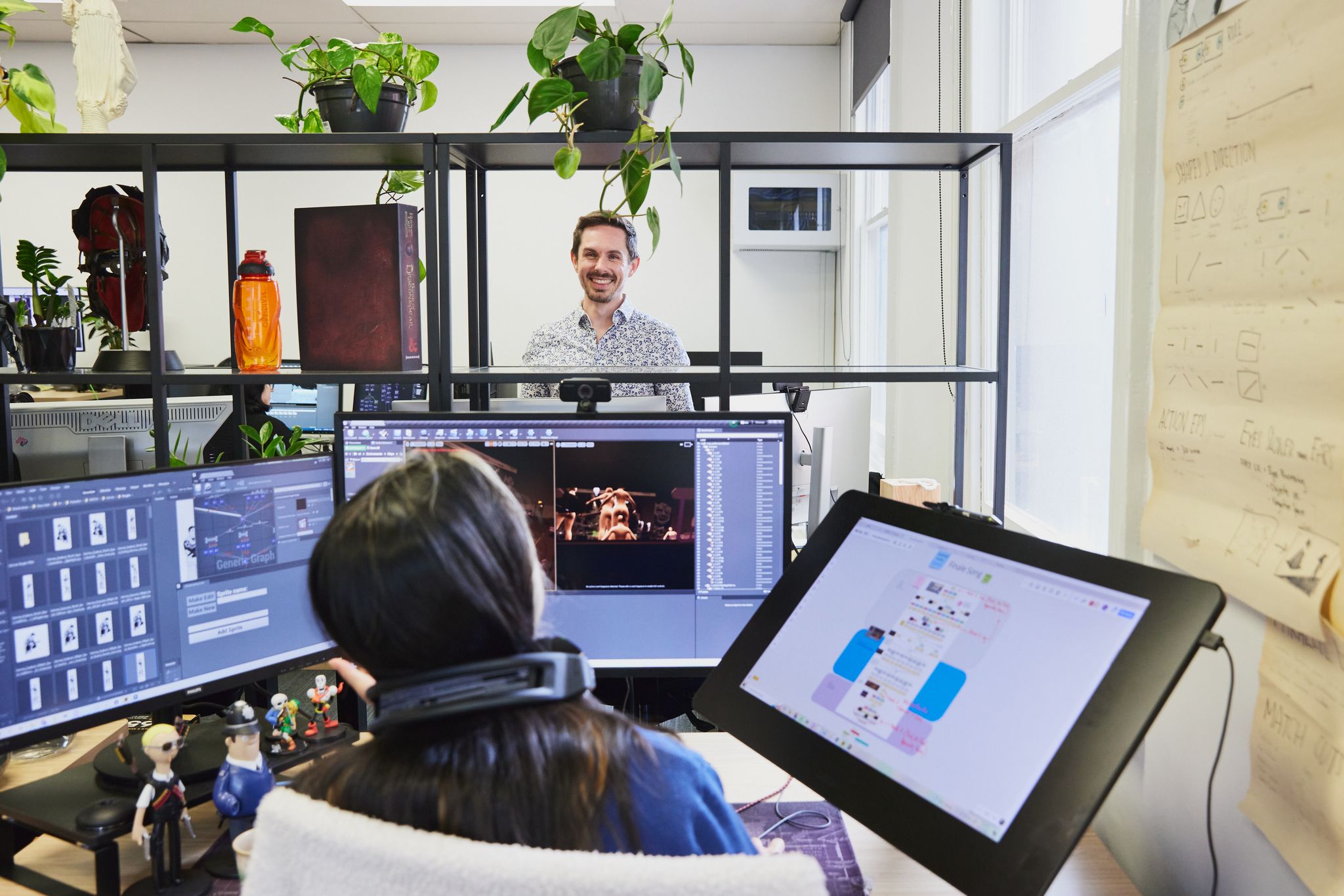 Liam Esler with his team of game designers at Summerfall Studios

By hiring games practitioners from diverse backgrounds, Liam has seen the first-hand benefit to the richness of the Stray Gods game. “We're very, very lucky to have assembled this team of really talented and lovely people. Every day coming into the studio is a joy,” he said. “Running a studio can also be really, really difficult. But it's made a lot easier by the reality that every single person I get to work with is top of their field.”

“This placement has really set me up for success in the way that I now understand a very complicated and essential part of the game development pipeline,” Chantel explained. “Even if I was to work at a job, not as a producer, I understand the importance of all of these fundamental aspects that need to be in place for a game to be successfully delivered.”

“This is my first industry job,” Alissa added. “So, getting to work collaboratively with amazing people, doing amazing things…I didn't think I'd ever get the opportunity to work with these kinds of folks. I worked alone for a really long time, and I didn't know people in the community… I was always really scared to take that step. But this position has led me to meet a lot of great people who I can now reach out to when I need help or talk to about the weird, nerdy [games dev stuff] that we're all into.” 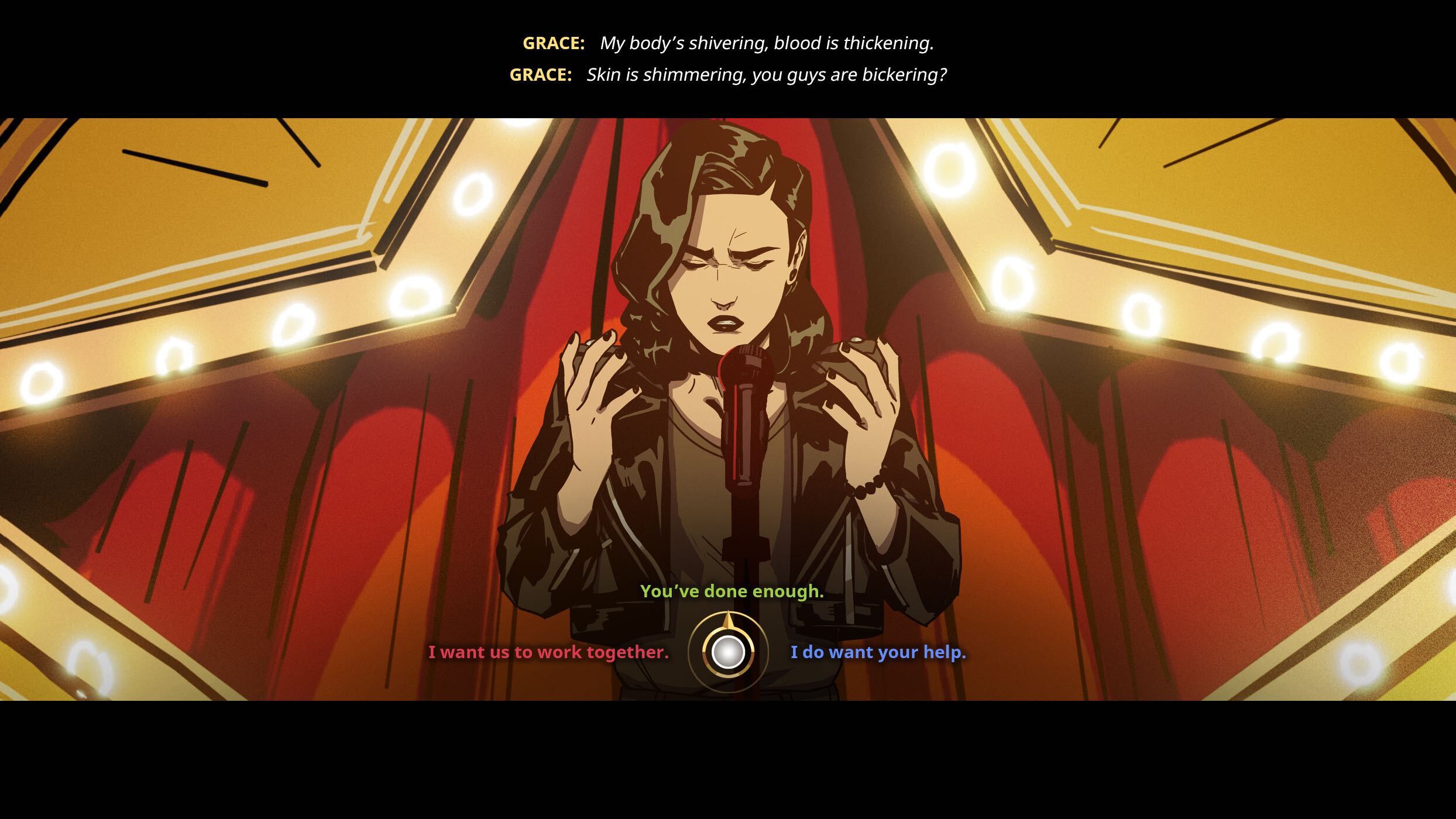 “This program has set me up for future career endeavours by giving me the opportunity to begin somewhere,’ Karly added. “By getting my foot in the door with the placement program, I have now begun to build a foundation of networking connections that opens up possibilities for future collaboration and other aspirations.”

“By creating this opportunity, VicScreen has given me the ability to actually begin working in an industry that I previously believed would be impossible to get into, without having prior experience or connections. It was an opportunity to learn, almost entirely from scratch.” 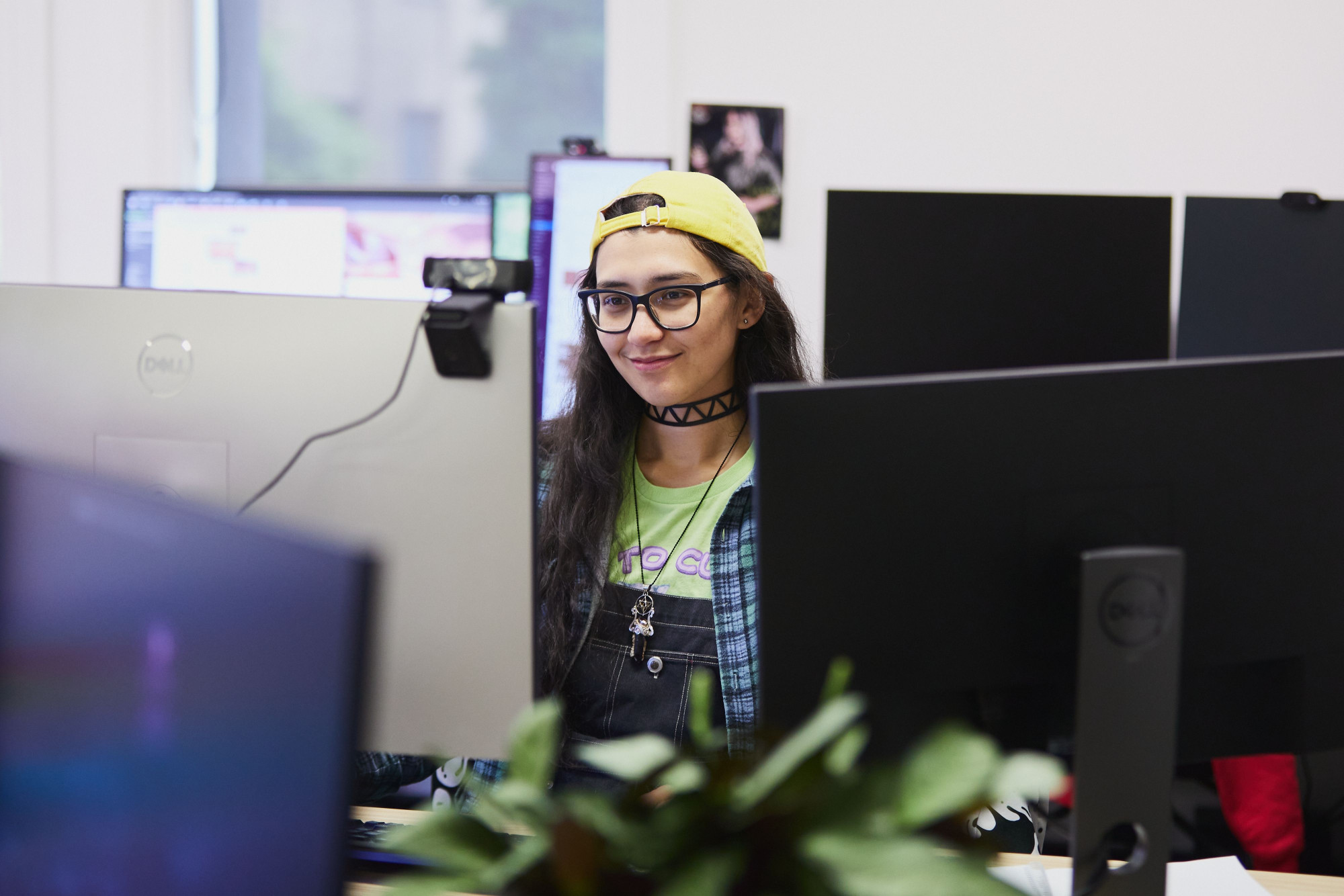 If you are an early-career games practitioner looking to gain valuable hands-on experience, check out VicScreen’s skills development program here.

Stray Gods: The Roleplaying Musical is slated to release on PC and can be wishlisted on Steam.