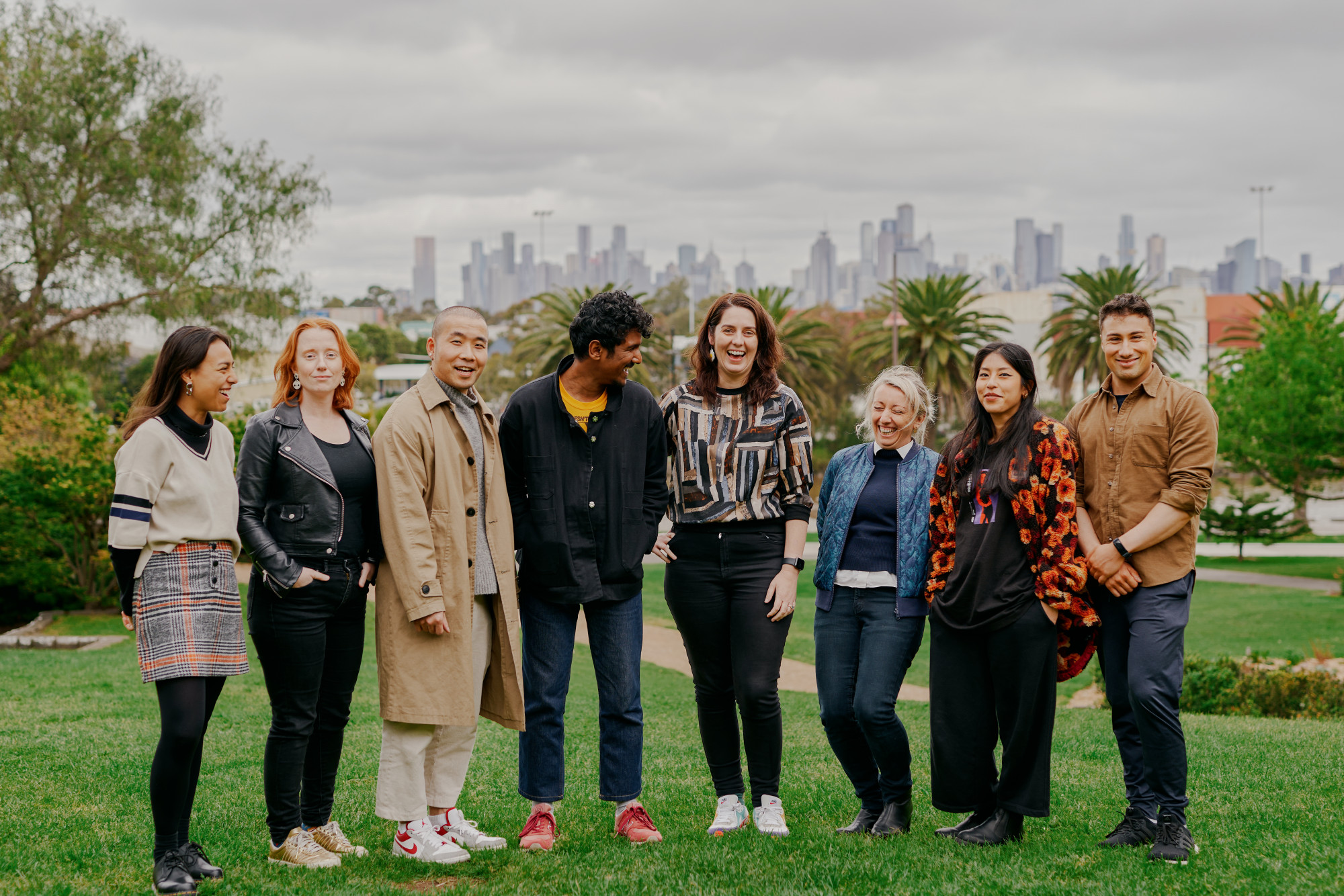 Co-Curious has announced the eight screenwriters selected for the Victorian iteration of its successful Stories From Another Australia (SFAA) program. Chosen from a highly competitive field, the early to mid-career writers will have the opportunity to do a deep dive into collaborative practice under the tutelage of script producer and former ABC Development Executive Clare Atkins. Clare will lead the program under the mentorship of AACTA Award winner Blake Ayshford (Mystery Road: Origin), to create an original television series concept.

Run by Co-Curious and supported by The Ian Potter Foundation, Screenrights Cultural Fund and VicScreen, and with assistance from Cinespace, the innovative program was created to accelerate the careers of writers from culturally and linguistically diverse and other under-represented backgrounds and bring fresh voices and untold stories to the screen sector, by connecting exciting screenwriters with some of the industry’s most experienced creative talent.

The successful emerging Victorian screenwriters include:

The eight writers have been divided into two workshops to suit their interests and will work together using Co-Curious’ unique model of development to collaboratively create an original concept for a television series in the room. Each workshop group will be facilitated by Co-Curious and supported by an experienced writer-mentor, with Penelope Chai and Magda Wozniak joining the program. The participants will learn about story engines, series arcs, character and the basics of a writers’ room and will come away with the skills required to take the next steps in their career in the television industry. In addition to the workshops, participants will also receive professional development, networking opportunities and mentoring sessions.

Co-Curious’ CEO, Annabel Davis said: “Welcoming these talented writers to the Co-Curious network is enormously exciting as the company begins its new chapter of the Stories From Another Australia program in Victoria. The program will create a network of support and collaborators for the participants and Co-Curious’ holistic approach will provide the foundation for participants to establish and sustain a career in the industry. We can’t wait to see what comes out of the labs and have no doubt we will see these writers’ names on our television screens before too long.”

Co-Curious Story Producer Clare Atkins said: “As we discussed the program with writers, production companies and program partner VicScreen it became evident there was a gap in the industry for support for early to mid-career writers. Many of the applicants had extensive experience notetaking and were working on their projects such as filming shorts or writing pilots but were yet to gain a television credit. Through their involvement in this unique program Co-Curious hopes to support these talented writers in taking the next steps in their careers.”

VicScreen’s CEO, Caroline Pitcher said: “Victoria is home to an exceptional talent pool brimming with enormous potential. As Victoria’s creative and economic screen development agency, VicScreen is committed to giving future generations the opportunities and resources they need to develop successful careers in screen. We are delighted to partner with Co-Curious on this meaningful initiative and can’t wait to see the outcomes of the program. Congratulations to the eight selected participants, we look forward to following your careers.”

SFAA Victoria is the next chapter of SFAA NSW, which Co-Curious launched earlier in 2022. The six writers who were selected in the NSW chapter continue to work, with Co-Curious’ support, on a range of exciting individual and group projects which have emerged from the original program.