Mary-Ellen Mullane holds one of the world’s (self-described) “best jobs on the planet”. As a Managing Editor of ABC Children’s Content, she spends a lot of her time absorbed in the imaginations of our country’s most inventive storytellers.

There’s a lot on ABC’s slate for kids in 2023, and all of it is part of the broadcaster’s core business, Mary-Ellen explains. “We're in the middle of a kind of media revolution, and the children's space is ground zero. It's the canary in the mine.” As long-term commissioners of children’s content, the ABC knows a lot about their audience. “We know that our audience is incredibly savvy, discerning and media literate.” As a result, almost all of ABC ME and ABC Kids’ programming is designed to be consumed on a phone or tablet, as well as a wide screen TV, Mary-Ellen says.

“In the preschool space, we're very successful because parents are in charge of that remote. We call [the ABC Kids app] a ‘walled garden’ where a child can explore ABC Kids offerings and a parent knows that the content is carefully curated for their child, it's age appropriate.”

As primary school-aged kids transition into teens, their sense of independence and agency is often reflected in the content they choose to consume. The ABC tends to maintain a strong connection with upper primary schoolers before high school where they start to traverse a lot of different content on a lot of different platforms. “It's good [this group] is able to navigate that complex world, however, we also know older kids come back to the ABC to comfort watch the shows they watched when they were little. It’s a safe thing for them. So, we have a lovely halo effect.” When they get older again, Mary-Ellen explains, this audience have kids their own, and they come back again for their own children. 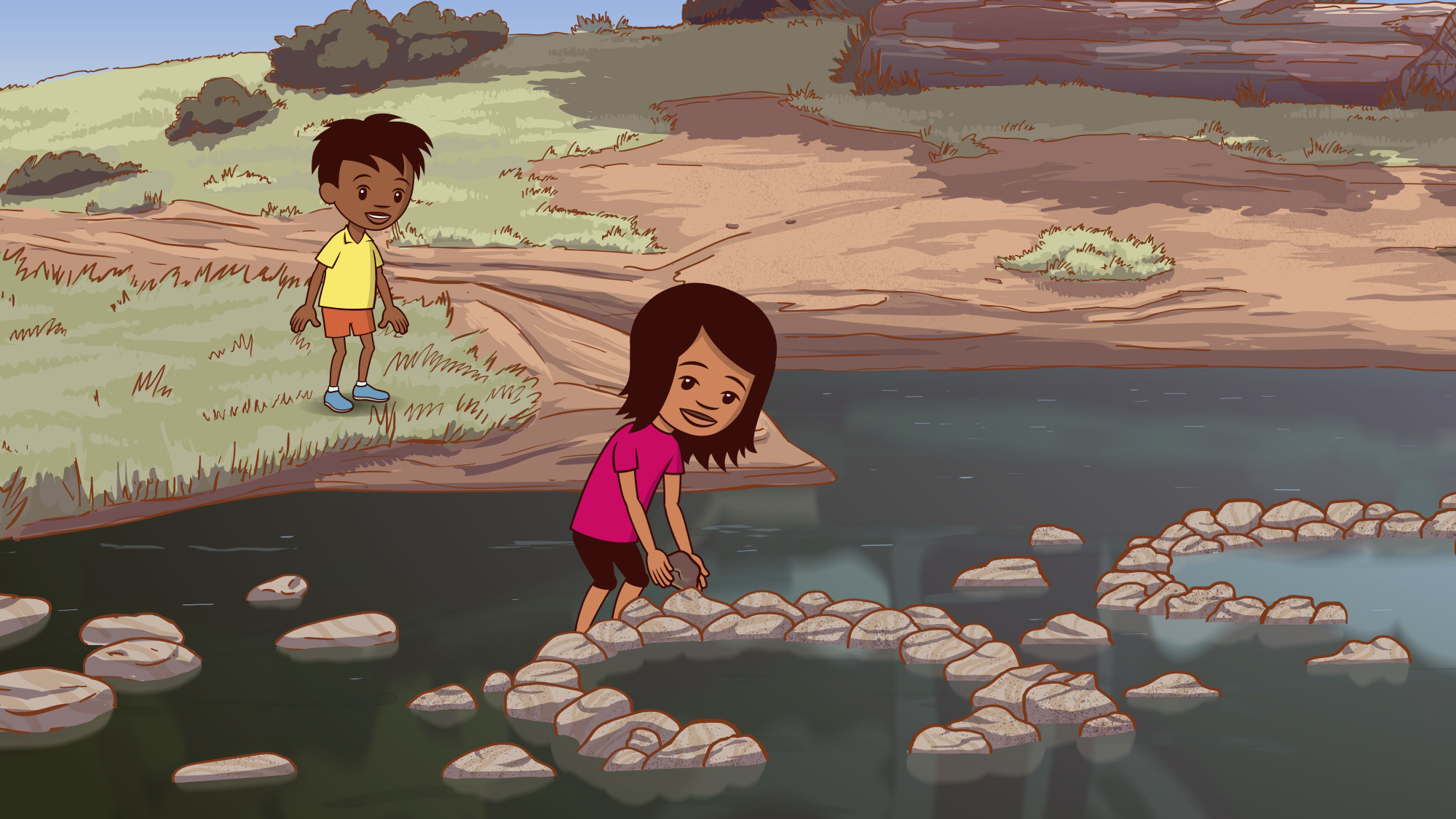 That’s not to say creating children’s television is a sure bet with a guaranteed audience. In fact, production costs are continuing to rise steeply, working with child actors requires patience and sensitivity, and the market is more competitive than ever. “It's been really interesting seeing these sorts of meta patterns…particularly as the landscape keeps changing so drastically with new platforms rising and falling away.” The questions Mary-Ellen and her cohort return to at the ABC are: “What content stands the test of time? How do we stay focused on what's important and what matters? Our goal is to provide content for Australian young people that's relevant and engaging. And making sure that children see themselves reflected on screen.”

“In Australia, we have a relatively small population, and we're a little bit overrun with British content and North American content. So, with the content that we commission using Australian finance, it's very important that it is relevant and tells [Australian children’s] stories.” 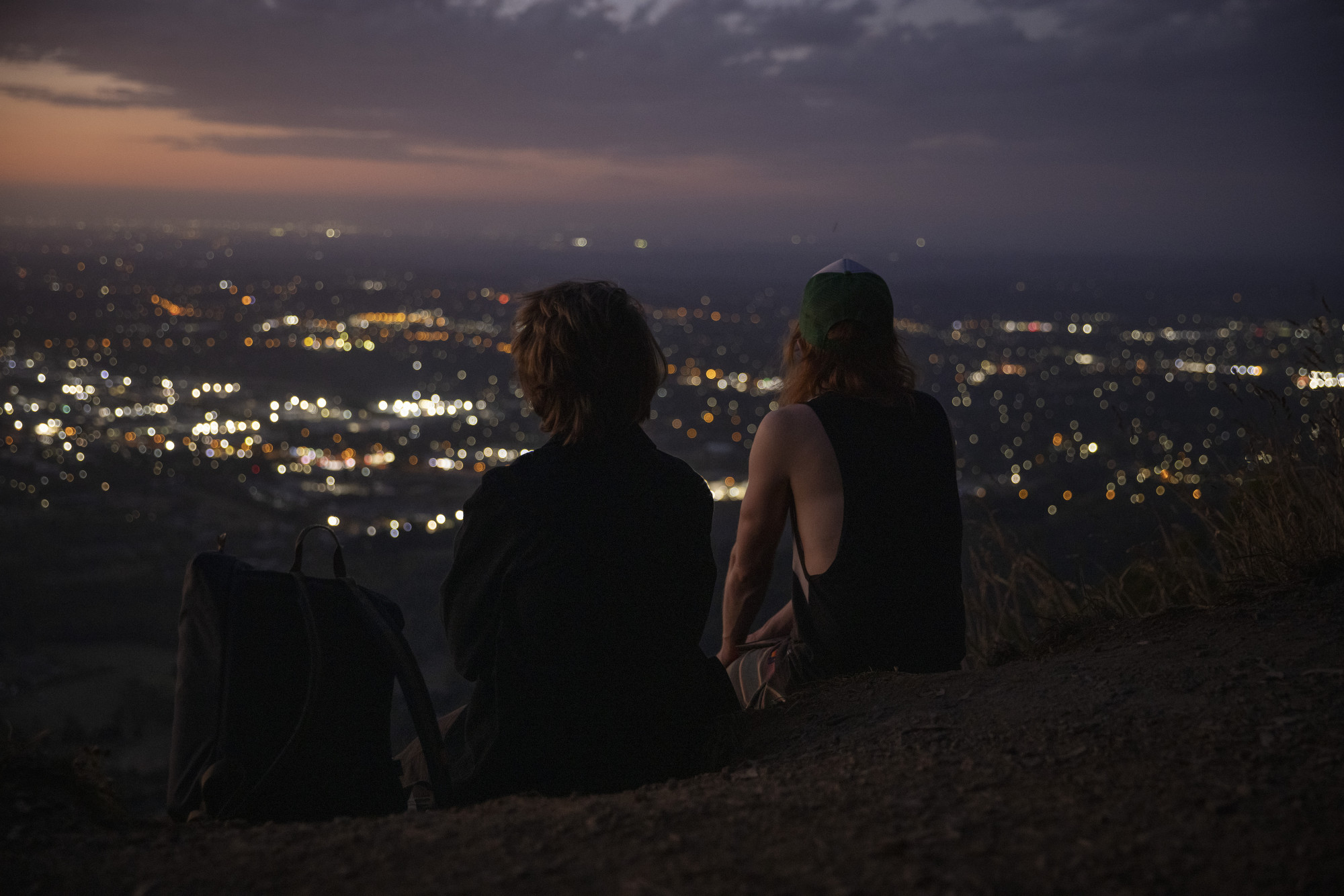 Henry Strand as Chester and Stacy Clausen as Mapplethorpe on the set of Crazy Fun Park.

“Filmmakers often come to us and say, we really want to work in kids because when we were kids, what we saw was so influential. Or we didn't see ourselves. They didn't see their lived experience explored. And so, [these television and filmmakers] want to create that content themselves as adults.”

As children’s content commissioners, Mary-Ellen admits it’s likely frustrating to hear, if you’re producer on the ground, but commissioners often don’t know what they’re looking for until they find it. “We love to try doing things we’ve never done before. People are taking more risks in the kids’ space, pushing the envelope as far as they can…we like to be outside our comfort zone!. So, that's often a good litmus test for finding that fresh, new content.” The ABC are always looking for unique voices to present in their line-up, nurturing opportunities for emerging practitioners in the process.

Traditionally children’s TV has acted as a quasi-training ground for early-career practitioners, Mary-Ellen says. “It's a historical thing that’s been set up over the years, where I think there's a little bit more scaffolding for first timers.” That includes child actors, who often make their break in kids or family shows. 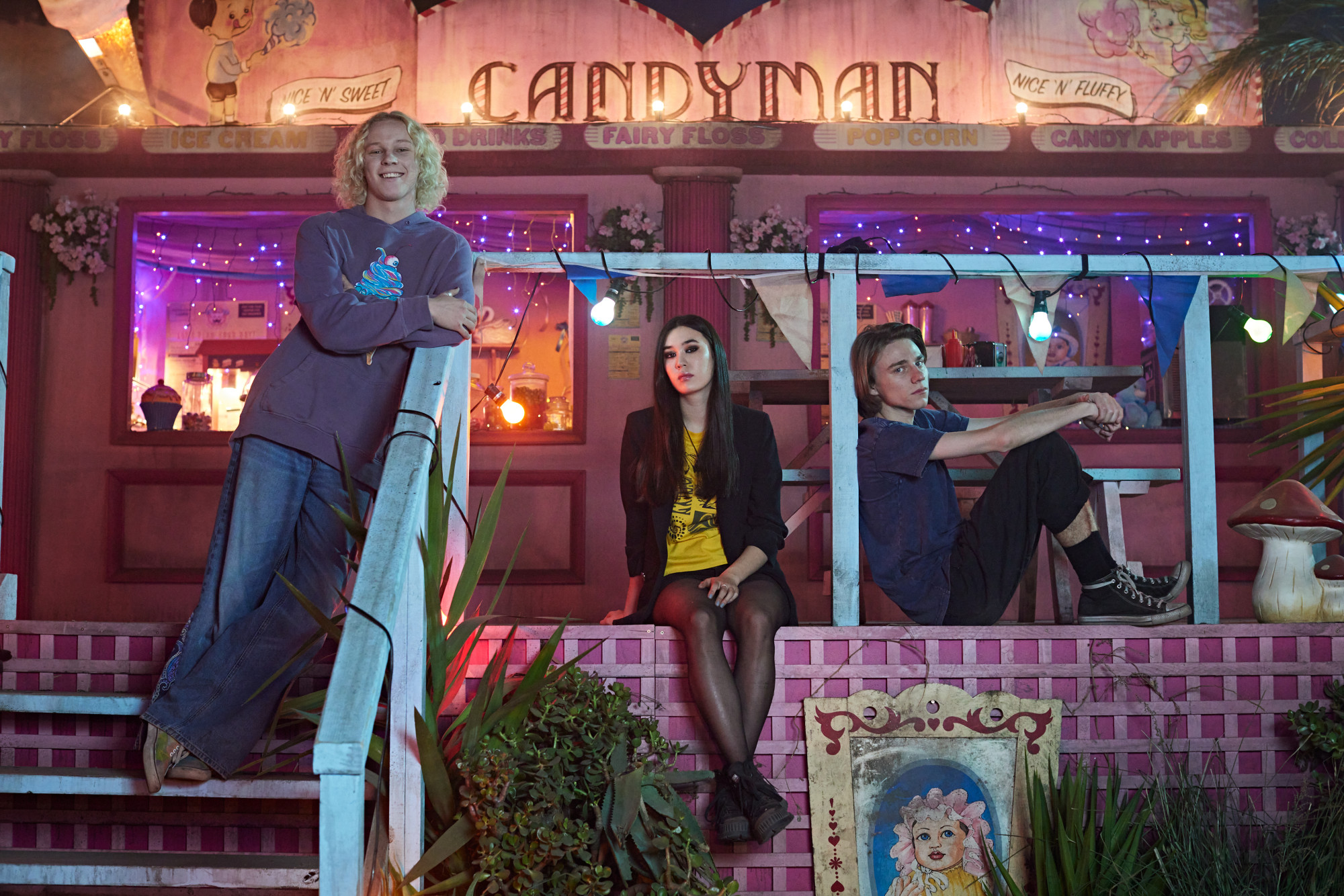 In terms of finding content for the whole family to watch, Mary-Ellen is conscious of how fatigued and time-poor modern-day parents can be. “Family viewing means content the whole family can watch together. And often its comedy. Comedy works really well.”

In Victoria, the projects that have kept Mary-Ellen inspired and occupied over the past four years include Turn Up the Volume (a new series about a young group of female and gender diverse teenagers at a music camp in Melbourne’s inner-west), Little J & Big Cuz (an animated series that explores Indigenous language and cultural identity, currently in its fourth season), Crazy Fun Park (a new adventure series about a  group of ghoulish teens who live in an abandoned theme park), and The Spooky Files (a show that deals with freaky fears of children and young people).

Ever-popular genre continues to reiterate and reinvent itself in the children’s space with Crazy Fun Park, The Spooky Files and Galaxy Girl all revolving around distinctly different otherworldly locations. “It’s the gift that keeps on giving,” Mary-Ellen confirms. “Genre is wonderful because it's so entertaining, there's so much story and it's so imaginative. It's a no-brainer that kids love it. And we love making it.” Animation also remains a mainstay at the ABC, with series like Little J & Big Cuz entering its fourth season.

Before Mary-Ellen joined the ABC, she spent four years at SBS’s National Indigenous Television Network (NITV) where she co-commissioned several children’s projects with the ABC. She also spent six years as an investment manager at Screen Australia, however, prior to joining the administration of production, Mary-Ellen worked as a producer, where she cultivated her passion for kids’ content through documentaries about child and family health. “Every single one of those jobs has set me up brilliantly for the next step in my career. So really, I've just taken all my early childhood documentary background into children’s content creation; to make TV that's entertaining for children.” 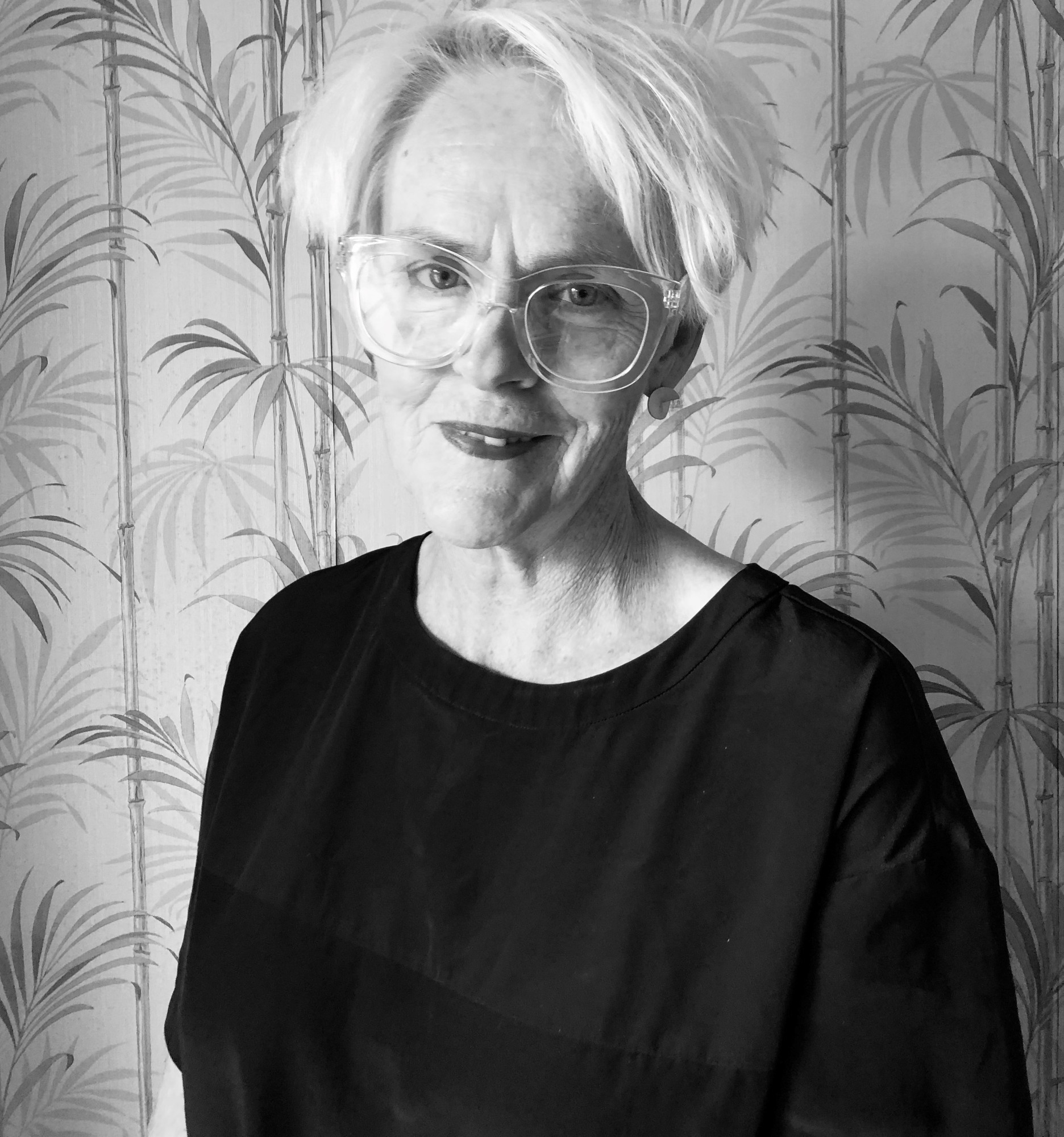 Today, Mary-Ellen is motivated to broaden the scope of what’s presented for young audiences in her role as a Managing Editor, Children’s Content at the ABC. “It's that thing I said earlier about really wanting to push the envelope; wanting to take risks, try new things, work with brilliant teams…I think we have some of the best filmmakers in the world working here.”

“We have a small sector, but a beautifully thoughtful bunch of people making content…we’re very good at what we do. And we can hold our own against much bigger, well-resourced productions made in other parts of the world.”

It all comes back to the idea that Australian children should have the opportunity to see themselves reflected and represented in the content they consume. Our national broadcaster is working hard to ensure this is prioritised.